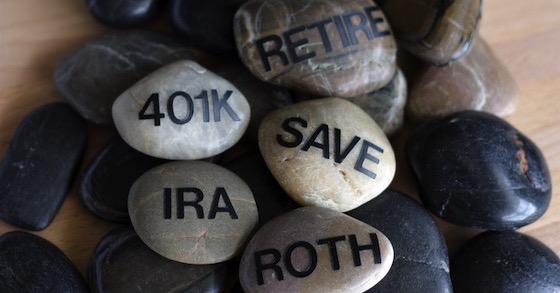 Workplace retirement plans were also affected by the recently passed SECURE Act 2.0, which is where we start back up with part two of our SECURE Act 2.0 blog series.

There is one addendum to the catch-up limits for those age 50 and over: if you earned more than $145,000 in the prior calendar year, all catch-up contributions will need to be made to a Roth account in after-tax dollars.  Any individuals earning less than the $145,000 (adjusted for inflation annually) will be exempt from that requirement.

Additionally, SEP-IRAs and SIMPLE IRAs have now been added to the list of employee plans that can accept Roth contributions.

On the employer side of retirement plans, there are enhanced tax incentives for starting up a retirement plan for employees.  For years beginning after 2023, employer sponsors of 401(k) and 403(b) are required to automatically enroll employees into the applicable plan as soon as they become eligible.  The only exceptions to this requirement would be small businesses (with 10 or fewer employees), businesses that have been in existence for less than three years, church plans, and government plans.  Employees can be automatically enrolled for no less than 3% and up to at least 10% of their annual salary (no more than 15%); this amount is increased by one percent each year after automatic enrollment until the maximum is reached.  Employees may to opt out of this automatic enrollment if they desire.

The Saver’s Credit, which was created by the initial SECURE Act of 2019, was intended to target low-and middle-income households to provide them incentive to save.  This credit of up to 50 percent of their eligible retirement contributions was available up to a certain threshold based on filing status (subject to income-based tiers).  For plan years after 2026, the Saver’s Credit is being replaced by Saver’s Match, with the tiered approach being removed and simplified to a 50% credit across the board, with a higher income phaseout for all taxpayers.

For plan years after 2023, employers are now allowed to make nonelective contributions of a uniform percentage to a SIMPLE IRA or SIMPLE 401(k) at up to 10% of employee’s total compensation.  The cap is currently set at $5,000 but will be adjusted for inflation.  Employers are also now permitted to offer small financial incentives to encourage plan participation through elective deferrals.Finally, there is a new provision in the Act which will allow for tax-free and penalty-free rollovers from 529 education savings plans into Roth IRAs of up to a lifetime amount of $35,000 starting in 2024, under certain circumstances.  The rollovers are subject to annual Roth IRA contribution limits, the Roth IRA has to be in the name of the beneficiary, the 529 account must have been open for more than 15 years, and is subject to a five-year lookback period.  However, Roth income limit restrictions do NOT come into play with a 529 plan Roth conversion.